This is a list of the features and functionality the community envisions for TruSat. To date, the community has identified three broad lines of work for progressing TruSat from a prototype to a valuable resource for the long-term sustainability of spaceflight:

This roadmap is dynamic and will evolve based on the Contributor capacity and community feedback. You can see what the community is working on in TruSat’s GitHub. Anyone is invited to further specify and build features from this list, or propose new ideas on our Discuss or Github. If you have an idea for a new feature or initiative and you’re willing to lead its creation, make a Proposal by creating a new issue in the appropriate TruSat repository on GitHub with [Proposal] in the title. More guidelines for submitting Ideas and Proposals can be found in the TruSat Charter.

For a list of issues in progress, visit the TruSat project boards on Github.

Much of what is needed to integrate automated IOD extraction from digital camera images appears to be available in Cees Bassa’s sattools/stvid open-source code):

A waypoint on the path towards a fully automatated image processing pipeline would be a tool that:

Here is a UX prototype of this feature. 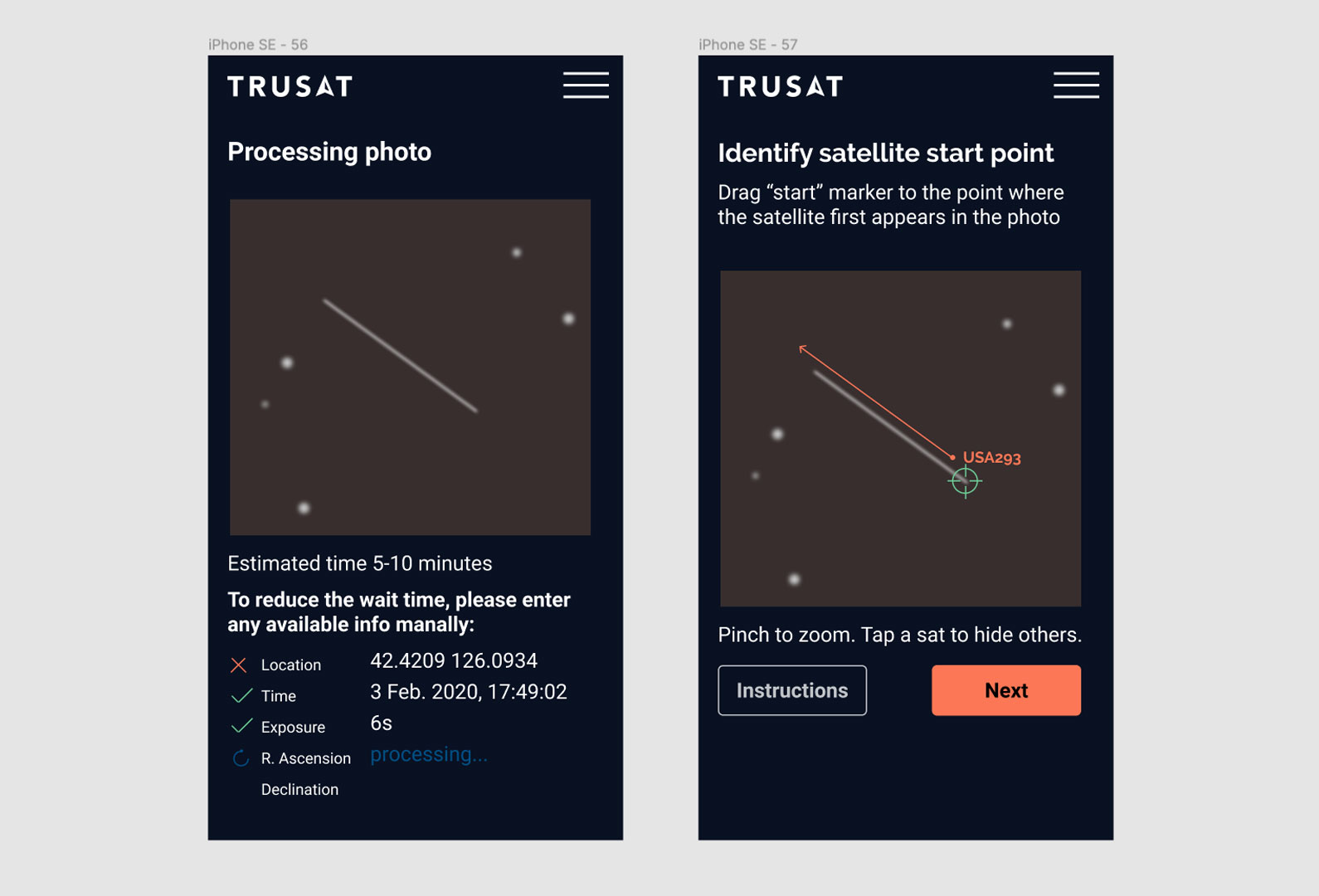 Note: The person marking the satellite's x/y coordinates does not need to be the photographer. If the web interface provides a Zooniverse-like queue of photos, this could help separate concerns between astrophotographers dumping photos containing satellites, and citizen scientists volunteering time to identify satellites (like with Zooniverse).

When and where to look? (Pass prediction)

Currently, observers need to use software outside of TruSat to see exactly when and where to look to see a satellite. An observer should have more guidance from TruSat on this. So much of the user experience could be better catered to individual observers if TruSat could account for your location when presenting information.

This deck illustrates some broad design concepts for a TruSat mobile app.

Roadmap for the trusat-orbit repository code:

Near Term (next few weeks)